A winy tour in the land of wolves 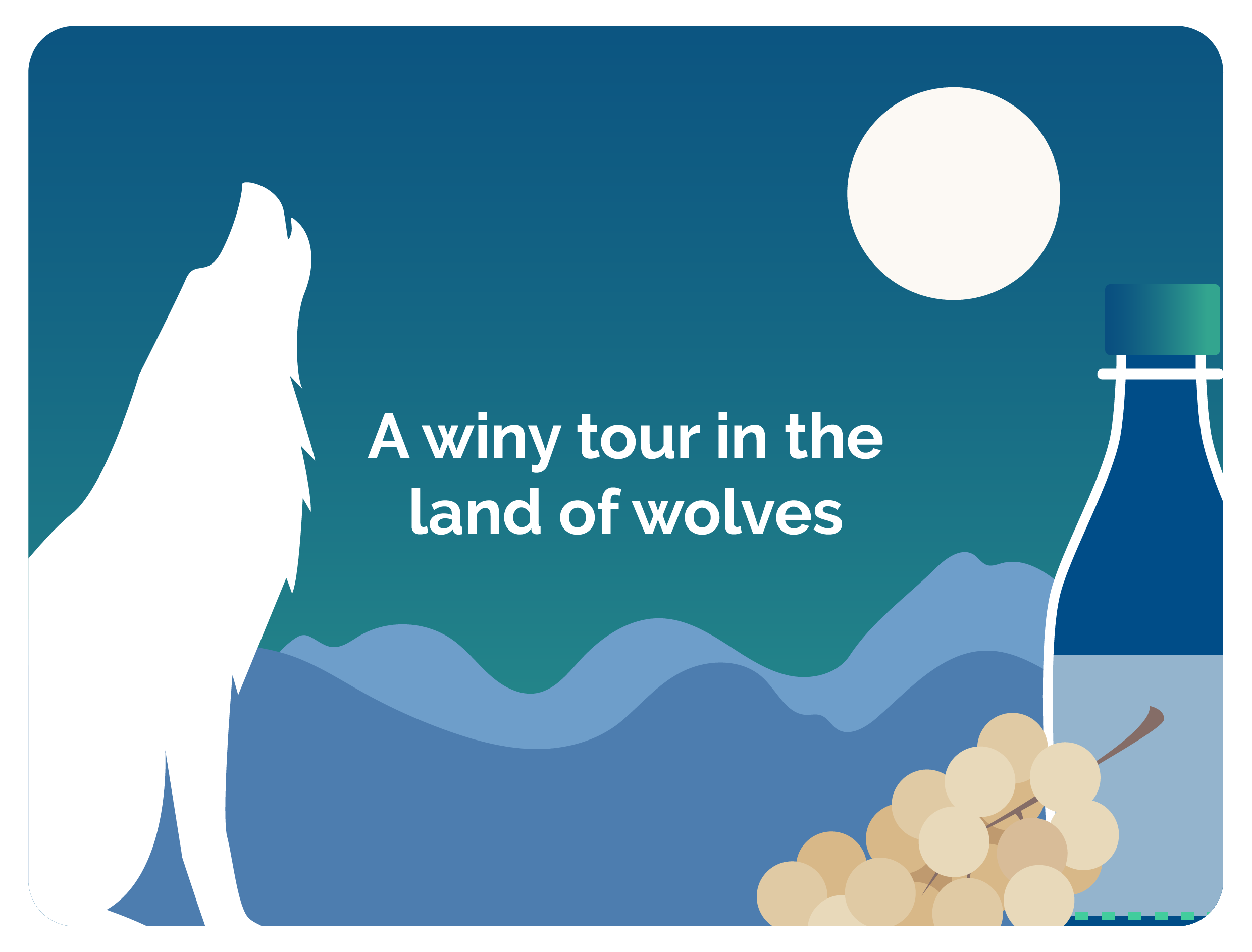 A winy tour in the land of wolves

September. The sun gently caresses ancient vineyards and golden grapes. Its rays quietly wander between orderly troops of the grapevines which drape the Campanian Apennines.

White and red grapes, embraced in a swirl of scents, are warmly kissed by the dying daylight. The time has almost come to depart from mother earth and become wine.

This is Irpinia, Campania’s green heart: caring but savage, benign but severe, both a shaking and generous land. As a matter of fact, Irpinian soil became an ideal home for vineyards after a devastating eruption of Mount Vesuvius which occurred thousands of years ago. The strong winds risen from the eruption carried pyroclastic materials to Irpinia, and a thick layer of volcanic and mostly sulfuric material was formed.

The bond between sulfur and vineyards marked the evolution of this region and sealed its destiny: viticulture. The abundance and availability of sulfur (especially in Tufo, hometown of the Greco di Tufo) made it possible to develop the so-called process of “zolfatura” (sulfurization) and helped vineyards spread out across Irpinia.

Thanks to the zolfatura, winegrowers could avoid the developing of pathogenic sulfites during fermentation. This technical solution greatly increased wine consumption, exportation and industry, which in turn led, between the late 1800s and the early 1900s, to the construction of the first railway in Irpinia.

The “ferrovia del vino” (wine railway) connected the best and most important wine production centers within the hilly areas around the Sabato River and the Calore River to the major Italian and European markets.

Loaded on this iconic train, thousands of bottles reached all Europe carrying the scent, flavor and history of this land of beauty and mysteries, now known all over the world for its cellars brimming with igp, doc and docg wines.

Underneath its fertile soil, hidden in caves carved in friable rock and stored inside their glass chests rest the precious fruits of the winemakers’ labor, enriched by their sacrifice, dedication and love: Greco di Tufo, white and dry, very versatile, distinguished by its strong fruity flavors and excellent minerality; the ancient Fiano d’Avellino, balanced and fresh; Taurasi, also referred to as “Barolo del sud”, a very robust and intense wine.

To dress up these precious chests and to pass on Irpinia’s history is our honor and privilege. Exactly like viticulture such tasks call out for heart and expertise, essential to give birth to prestigious wines and to prestigious labels alike.